Penn Jillette is one of the more interesting entertainers around. For forty years he has been half of the legendary team of Penn and Teller who took magic to a whole new level.

He is a writer and film producer, as well as having acted in over forty films.   Penn and Teller produced and starred in  the successful TV Show Bull Shit that ran for seven years on Showtime. They now have Fool Us on  CW.

He has written two New York Times Best Sellers God, No and  Every Day Is An Atheist’s Holiday. He  is now working on a new book, that charts and explains his recent 110 pound weight loss.

Each week Penn does his podcast Penn’s Sunday School, which is one of the most popular podcasts in the country.  A proud atheist and vocal Libertarian, you might not think it,  but he has an honesty and sense of personal truth that fits in very well with Gratitude and Trust.  Take a listen.  Penn Jillette has a lot to say! 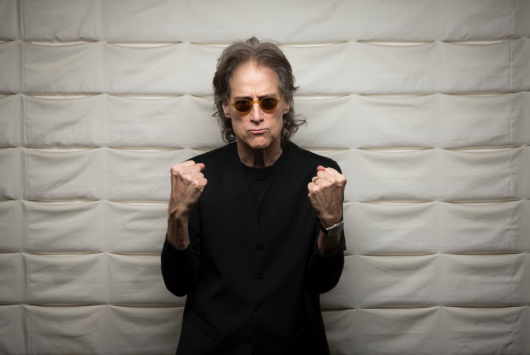